You can’t Move Ahead until you know Where You Are! 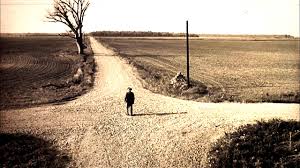 Today, we are learning, how Parsha Vayigash speaks to those who seek Recovery.

As we continue the story of Yakov and his sons, we learn at the very beginning of this Parsha how Yosef revealed himself to his brothers. We can only imagine the drama of when Yehudah directly confronted Yosef – the Midrash says that the Palace shook as from an earthquake and Yehudah let out a War Cry that was heard in Eretz Canaan!

We have to really appreciate how Powerful these two words were!!  Regarding this, the Chafetz Chaim comments that when Yosef said “I am Yosef”… G-d’s Master Plan became clear to the brothers.  They had no more questions.  Everything that had happened for the last twenty-two years fell into perspective!

Before we understand how this message speaks to us, we need to take a even broader look at the Story of our Forefathers and how a COMMON THEME repeats itself.

Let’s begin by looking for one little tiny but incredibly powerful and LIFE-CHANGING WORD.

#1) In Parsha Yayeira (Genesis 22:1) in the story of the Tenth Test of Avraham, the Akeida…

#2) While on the way, when Yitzchok realized that there was no lamb to be offered (22:7)

Then Yitzchok spoke to Avraham his father and said, “Father – And Avraham said,

And an angel of Hashem called to him from heaven and said Avraham, Avraham. And he said,

#4) In Parsha Toldos (Genesis 27:18) in the story of Yakov deceiving his father Yitzchok to take the blessing of the first born…

And he came to his father and said, Father, and Yitzchok said,

#5) In Parsha Vayeishev (Genesis 37:12) in the story of when Yakov decided to send Yosef to find his brothers that hated him…

And Yisroel said to Yosef, come I will send you to them.  And Yosef said,

#6) In this week’s Parsha Vayigash (Genesis 46:2) in the story of when Yakov learned that his son Yosef was alive and in Egypt – Yakov set out to go down to Egypt with his entire family and belongings…

G-d spoke to Israel in a night vision and He said, Yakov, Yakov.  And he said, 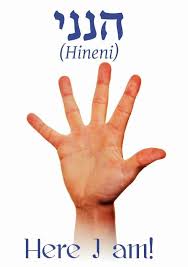 NOW, let’s consider what the Parsha can teach those seeking Recovery...

We know that the Torah does not waste any words!  And we know that the Torah does not repeat any words unless there is an important message to learn – and it’s not repeated once or twice, it is used SIX TIMES in the lives of Avraham, Yitzchok, Yakov and Yosef – all of them!!  And if you look carefully at what happened right after each time they said, HINENI, this was a crucial PIVITAL moment in their lives (and the lives of the Jewish People!)  Accordingly, we must recognize and appreciate that the word HINENI – HERE I AM is a message for all Jews, then…now and forever!

Rashi teaches us that the expression HINENI – HERE I AM is the answer of the devout…denoting both Humility and Readiness.

Anyone experienced as an addict or with addicts knows that their suffering comes from their selfish, dishonest and fearful Character Defects.  Over time, Addicts become quite skilled and comfortable avoiding all responsibility and blame.  They are always pointing their finger at others for being the cause of all their problems…including their acting out!

Let’s go back to Parsha Vayigash, when Yakov had been called by Hashem to go to Yosef in Egypt – right after the very moment that Yakov said, Hineni – HERE I AM.  Quoting 46:3…

And HE said, I am the God – God of your father.  Have NO FEAR OF DESCENDING to Egypt, for I shall descend WITH YOU…and I SHALL ALSO SURELY BRING YOU UP!!!

WOW…Let us all use this powerful message to take comfort and not be scared to rise up from the ashes of our Rock Bottom…knowing that G-d is WITH US ALL THE WAY DOWN TO OUR ROCK BOTTOM – JUST TO BE THERE WITH US TO “SURELY BRING US UP!!!”

Hopefully we can now SAY WITH CLARITY, FULL DEVOTION, WITH HUMILITY AND WITH READINESS… 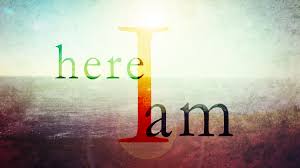