Parasha Va’Eschanan – Are you sure, they’re not THE TEN SUGGESTIONS?! 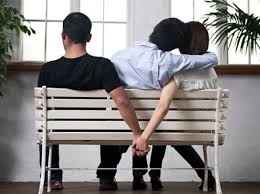 Today, we are learning, how Parasha Va’Eschanan speaks to those who seek Recovery.

Are they the “Ten Commandments” or the “Ten Suggestions”?

If you’re like me – and most people, we don’t like to be told what to do!  The moment that someone orders me to do something, I not only refuse to do it, I try my best to do just the exact opposite.

I think that G-d knows exactly this human nature.  After all, He created mankind – and the entire universe.  And an essential aspect of man over all the other creations in this universe is FREE WILL.  We have the Power of Choice to do G-d’s Will…or NOT!

Oddly enough, if you look at most translations of עשרת הדברות, regardless of christian sources or even the ArtScroll Chumash, we refer to them as 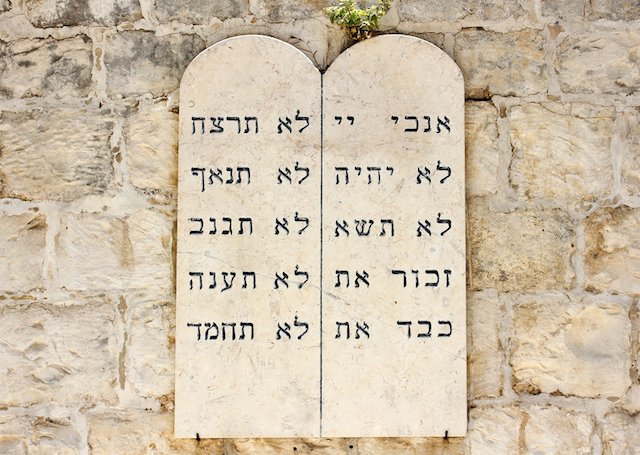 But the actual translation of עשרת הדברות is The Ten Sayings!

Perhaps by knowing how stubborn our nature is (Am Kashe Oref), G-d wanted to give us the Opportunity to do what He says – which is to do His Will – which is the only way we earn Reward/Zchar and how we build a true authentic relationship with our Higher Power.

Of course we could look at each of The Ten Commandments (“Sayings”), to understand their deeper meaning.  But I want to just focus on the last of the Ten Sayings:

Why was it necessary for G-d to write first “covet” then “desire”?  Don’t they mean the same thing?  In the dictionary, covet means: to wish for eagerly without regard for another.  The Ramban explains that the prohibition to covet forbids one to take actions, such as seeking to pressure the owner of the house to sell it.  By extending the prohibition to desire, the Torah teaches that it is wrong even to FANTASIZE a plot against another person, even though one knows he will not be able to carry out his plan!

Let’s consider how this Message speaks to us...

As Addicts seeking Recovery, we learn a Fundamental Program Principal in Step Three is to Turn our Will and our Lives over to the care of G-d.

So what does Will mean and what does Life mean.  I learned from the Joe & Charlie big Book Study Recordings (see below) that

Step Three AND the Tenth Commandment is teaching us that there are clearly two distinct phases in our Addiction.  And both of them are critically important to understand and to take steps – with G-d’s help to recover.  Yes, it is our Thoughts – our Desires, our Fantasies and our Lusts that lead to our Actions – our Coveting, our Pursuing, our Deceiving and our Acting Out.

Let’s also take a look at how our “Progressive Disease” is progressively more destructive by examining the actual order of the last half of the Ten Commandments.  And let’s start at number ten and go backwards to number six.  For if a man shall Covet/Desire another man’s property (#10) this may lead him to Bear False Witness (#9) which may lead him to Steal (#8) which will lead him to Commit Adultery (#7) and if he is either successful or not, this may lead him to ultimately Kill (#6).  It all begins with our Thoughts and then to our forbidden Behaviors.  But the worst thing of all is that once we see that G-d doesn’t punish us right away, then our behaviors go one more step even more destructive – until the ultimate destruction of all.

As it is well known, Words Create!  And our Thoughts are the silent words in our mind that drive us to all our emotions, to all our behaviors (acting out) and ultimately to Create the World we live in!  Let us strive to make this World one of Serenity and Recovery!!

Do you want a deeper understanding of the Authentic 12 Step Program?

I have a gift for you!

When sober people talk about the program, the two most common names you’ll hear tossed around are, of course, Bill and Bob. But there’s another duo that are spoken about with nearly equal reverence: Joe McQuany and Charlie Parmley, a team of two men (who died in 2007 and 2011, respectively) known as Joe and Charlie who met in 1973 and spent the next three decades spreading their interpretation of the Big Book.These two Southern gentlemen are credited with making the program literature accessible to many who might have otherwise found the language archaic, obtuse or just downright confusing. As Larry Gaines, the CEO of the Kelly Foundation—an organization dedicated to recovery from addiction that Joe McQuany launched in 1978—“People often say that it took Bill and Bob to write the Big Book but it took Joe and Charlie to explain it.”