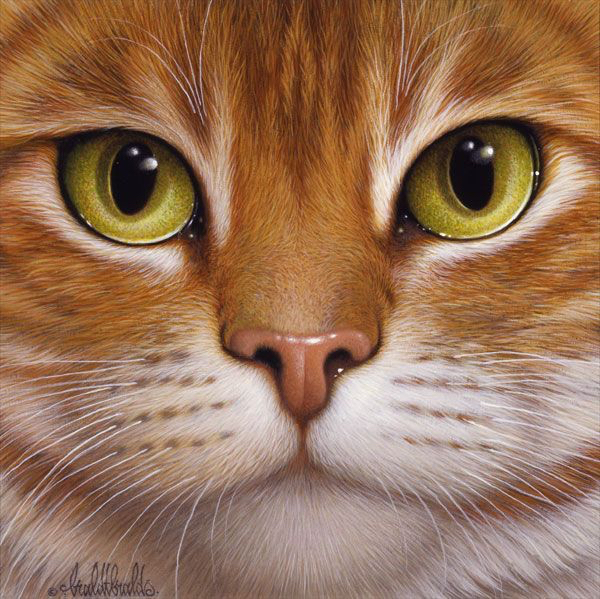 As I am standing in the kitchen, I could hear him outside calling “Kitty…Kitty…Kitty!”   If you get the chance to roam around my neighborhood in Jerusalem you will hear my husband calling the local cats to feed them the left over fish or chicken that I have from Shabbas.

Since I got married to my dear husband 33 years ago, I was introduce to cats.  FYI, for a girl from Yerushalayim, cats were of extreme disgust.  Why?  As far as we knew, cats we only found in the trash bins digging for scraps of food.  Some say that cats arrived to Israel through the British who had their mandate over Israel in the early 1920s and some say that they are a Gilgul Transmigration of souls from the times of our exile from Egypt.

But all in all, this conflict of interest was from the beginning of the marriage between me and my husband… to love the cats or not – to have them in our home or not- to adopt them or not – to feed them or not?!  My fight to get my way was relentless.  I simply did not want them in our bed or in our bedroom or in the house or even outside.  My husband was fighting for his principles too.  Who won?  Nobody!

“Every one has a place in their soul that we need to see it and cherish it.  There, LOVE EXISTS!”

Love departs when there are conflicts of interest – the conflict between loving him as he is…or needing to change him to suit my needs.

I learned that actually, I was creating a conflict between my ego and what is.  It was all about me needing to control (which is an illusion) or letting go.

For years this battle was going on.  Sometimes, I would comply and at other times, my husband did.  Until I realized one day that instead of thinking that I need to be in control, I decided to let go and see the side of my husband that I did not appreciate…the side of the him that I noticed but yet I chose to look at it as a handicap rather than an attribute.  After all, I fell in love with his kind heart and his generosity but only when it serves me.   Whatever was conflicting with my early limiting beliefs and ego was not welcomed.

Rabbi Nachman in Torah 34, asks us to “Cherish the Good point in our friends.”  I opted to ignore the good points in my husband until I finally realized that it did not serve me.  I realized that I was not open to new ideas, to new experiences. This attitude brought us to dissension and separation.  I would make him wash his hands and brush his clothes every time he pet the cats or had them on his lap.  I was also very resentful at the attention he would give them every time we would leave the house or when we returned home – he would always call them (not me) when he chanted, “kitty, kitty, kitty.”

I was resisting to receive and let him influence me to find within me the abilities to be merciful, kind, soft and not stuck with old beliefs and behaviors.

All this time, my husband – my partner in life was coming to awaken and bring more light to a dormant attribute that I wasn’t aware of and needed to cultivate.  I finally realized that my light was short circuited rather then revealed.

I came to realize that love is not always about the things that my partner can give me. Rather love is an opportunity to share what I can give back to my husband – to let go of the audacity to mold him to have the same set of rules and beliefs as mine.  When I let go and see beyond the differences, I could love and appreciate him more. I now see that those kind attributes are needed inside of me to become softer, more accepting, giving and loving without conditions.

Don’t get too excited.  I didn’t adopt any cats nor did I move them into the house, however, any leftover food I have, I set aside to give “our cats” outside.

And today, before I let myself resist, I ask…”where is it that I can bend, be softer and be more accepting.”  It is not about the cat’s – it is about me.

Life brings us many teachers to help us find and reveal a side of ourselves – even if it is through the stray cats in Jerusalem.

Now, please excuse me as I go outside and call out..

1 thought on “How did Cats restore my Shalom Bayis? By Miriam”